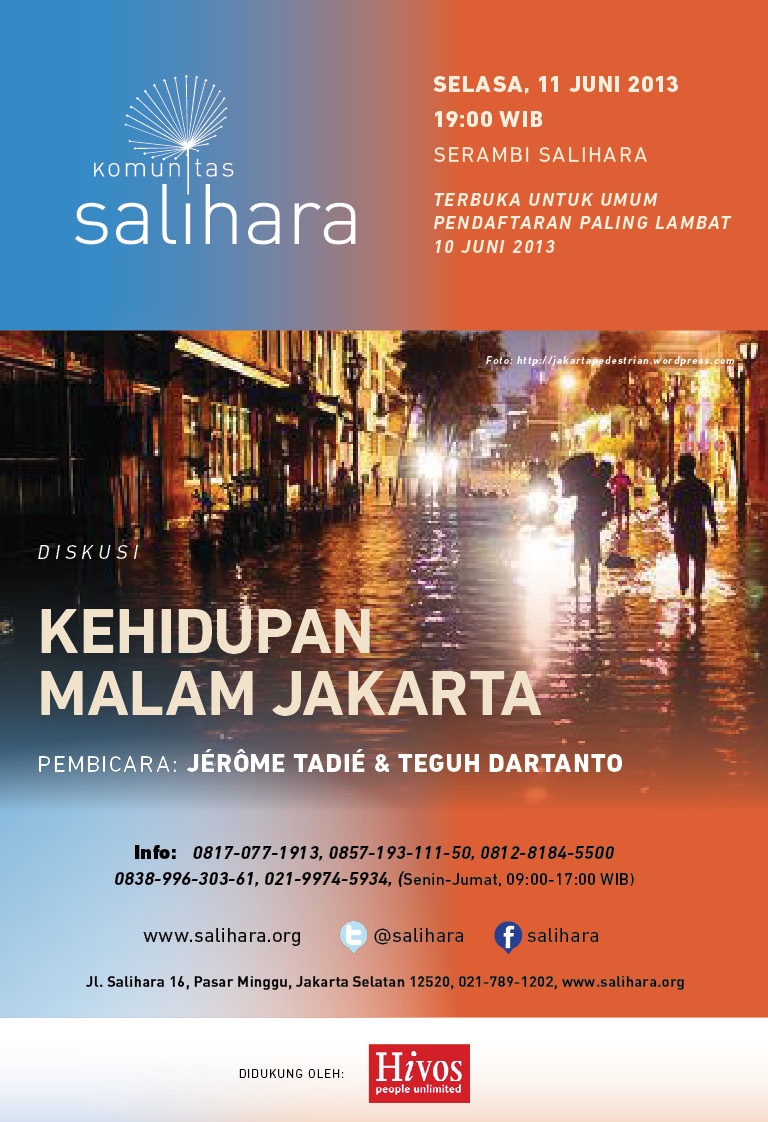 Of the 11 million people occupying Jakarta during daytime, only 8 million are left by nightfall. Every evening, hundreds of thousands and even millions of people move away from Jakarta to return to their homes in one of Jakarta’s many satellite cities. However, Jakarta’s economic life never stops. It continues into the night but with a different character. The souls working throughout the night help turn Jakarta’s economic wheel with equal gusto as their day walking counterparts.

Nighttime entertainment spots do not have a singular claim on Jakarta’s nighttime economic activities. Other sectors include terminals, seaports, and traditional markets. Not just legal businesses, the “darker” side partakes in this nighttime activity also.